To share your memory on the wall of Richard Coffin, sign in using one of the following options:

The gesture that can change the world

Richard cherished his years at Norte Dame and was very proud of his work as a federal prosecutor and as an immigration attorney. He was a devout catholic and member of Ascension Catholic Church. Faith and family were always first and foremost for Richard.

Memorial Mass on Tuesday July 16, 2019 at 4:30 pm at Ascension Little Church located at 230 Santa Maria Drive, Chesterfield, Mo 63017. Reception immediately following at 5:45 pm at Ascension Parish Hall. Donations may be made in memory of Richard K Coffin to the Alzheimer’s Association.
Read Less

To send flowers to the family or plant a tree in memory of Richard K Coffin, please visit our Heartfelt Sympathies Store.

Provide comfort for the family by sending flowers

We encourage you to share your most beloved memories of Richard here, so that the family and other loved ones can always see it. You can upload cherished photographs, or share your favorite stories, and can even comment on those shared by others.

Dorota Odzierejko, Michael J. Loparco, and others have sent flowers to the family of Richard K Coffin.
Show you care by sending flowers

Guaranteed hand delivery by a local florist
DO

Posted Jul 12, 2019 at 05:45pm
Joanna, Tagg, Amber, and Ashley, You are all in our thoughts during this difficult time. Sending our love and hugs. 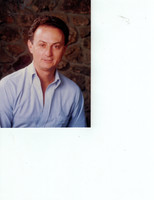 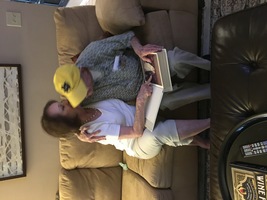