To share your memory on the wall of Metra Boykins, sign in using one of the following options:

There may be a delay while processing. Please do not click the back button or refresh while a payment is processing.

Your donation has been processed successfully

She was born to the union of Elsie (Evans) and Pervis Boykins on August 27,... Read More
Metra M. Boykins was the mother to four sons: Maurice*(Sheila), Ralph (Cassandra), Darrell (Irene), Reginald; and two daughters: Dauncie*, and Phyllis* (Tommie).

She was born to the union of Elsie (Evans) and Pervis Boykins on August 27, 1932 in the city of St. Louis, MO. (Homer G. Phillips hospital). Her siblings then were: Marietta Boykins*, Beatrice (Charles), Walter*, Nathaniel*, Robert (Bertha). After her father’s death, her mother then later married Mr. Harold Henderson. They moved to Detroit, MI and to that union, her siblings were: Harold Jr.* (Mavis), Earsiline, and Sarah*. Momma remained in St. Louis and was raised by our beloved Aunt Mittie Pearson*.

Momma attended St. Louis public schools at Patrick Henry and Washington Technical HS where she developed interest in the cooking lessons. She worked and supported her family as a laundry room worker for more than twenty-eight years at a nursing home on the city’s Southside.

Mr. Gene Fry* and Mr. McKinley Keith* must be shared in this memory for their love of our mother and how they shared, shaped and influenced our life.

To send flowers to the family or plant a tree in memory of Metra M Boykins, please visit our Heartfelt Sympathies Store.

Receive notifications about information and event scheduling for Metra

By subscribing to updates, you will receive any notifications sent about changes to service schedules or other important information

Please add your text number or email address before submitting.

You have successfully been subscribed to notifications!

You will receive any future notification messages.

Provide comfort for the family with a meaningful gesture of sympathy.

We encourage you to share your most beloved memories of Metra here, so that the family and other loved ones can always see it. You can upload cherished photographs, or share your favorite stories, and can even comment on those shared by others.

Posted Jun 05, 2019 at 04:03pm
My condolences to the Boykins family. I did have the opportunity to meet Mrs. Boykins and it was a pleasure. SHe was kind, wonderful, and heartfelt. She welcomed me into her home for dinner and the food was delicious. Reggie and I had a very good time that Sunday we spent with her. I know she will be missed.
Comment Share
Share via:

Dear Family,
Our condolences to the family of our dear friend and neighbor at Les Chateaux. It is never easy to lose a loved one, no matter what age. We pray for your peace and comfort as you continue your life journey without Metra's earthly presence. God Bless your family in your time of mourning.
Comment Share
Share via:

Posted Jun 05, 2019 at 12:08pm
Dearest Family of Metra Boykins:
We, the friends and neighbors at Les Chateaux, wish to convey our deepest sympathy on your loss. She will be dearly missed. Our thoughts and prayers are with you during this sad time. We will always remember Metra fondly. and wonderful memories of many times spent with her here at Les Chateaux. She leaves behind a wonderful family and we know that you will all be a great source of comfort and support to one another. God Bless!
Comment Share
Share via:
KR

Posted Jun 05, 2019 at 11:23am
Memories are gifts our hearts receive to bring gentle comfort as we grieve. The Ramey Family is asking God to enfold you in His faithful love and comfort you with the cherished memories you hold dear.
Comment Share
Share via:
R

Posted Jun 05, 2019 at 09:39am
"When you are set free, you will celebrate and travel home in peace. Mountains and hills will sing as you pass over, and the trees will clap..." (Isaiah 55:12).
Your love and care to us will be very sadly missed; your love sustains me at this very delicate time without you. I love you too. Forever and into eternity. 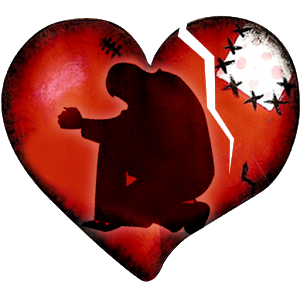 So sorry for your loss, my family always found encouragement from Psalms 23 (KJV): 23 The Lord is my shepherd; I shall not want. 2 He maketh me to lie down in green pastures: he leadeth me beside the still waters. 3 He restoreth my soul: he leadeth me in the paths of righteousness for his name's sake. 4 Yea, though I walk through the valley of the shadow of death, I will fear no evil: for thou art with me; thy rod and thy staff they comfort me. 5 Thou preparest a table before me in the presence of mine enemies: thou anointest my head with oil; my cup runneth over. 6 Surely goodness and mercy shall follow me all the days of my life: and I will dwell in the house of the Lord for ever. 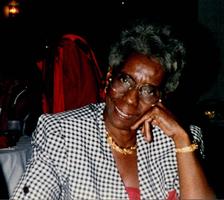 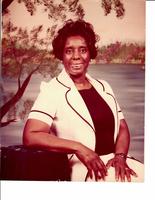 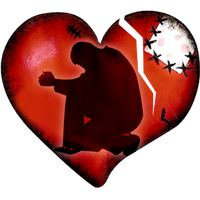